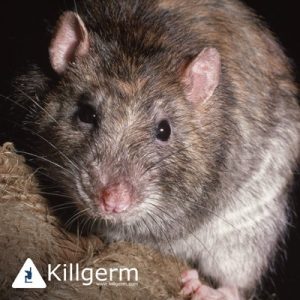 Rat prevention is better than a cure – that’s the message as far as rat control is concerned.

New figures released by the UK Rodenticide Stewardship Campaign has shown that more and more farmers and game shoot organisers are opting for a planned approach to dealing with the rodents, rather than using rodenticides which have the potential to harm other forms of wildlife.

At Essex & Suffolk Pest Solutions, we are experts in rat pest control in Colchester, Ipswich, Harwich, Felixstowe, Chelmsford and other towns and villages across Essex and Suffolk. Here we look at the background to the latest statistics.

The Stewardship Campaign was launched in 2015 and laid down a strict code of conduct over the use of rodenticides. These can harm other forms of wildlife if they are not used correctly.

The Campaign commissioned a two-year independent study into how rodent numbers were being controlled in the countryside. It discovered that the percentage of gamekeepers who were taking preventative measures to guard against an invasion of rats had almost doubled, from 30% to 59%.

The numbers of farmers who were opting for reactive control – dealing with outbreaks as they happened – had fallen from 43% to 38%.

Stewardship spokesman and chairman of the Campaign for Responsible Rodenticide Use Dr Alan Buckle said the figures showed “positive progress” but warned that more action was still needed if rodenticide levels in wildlife were to be reduced ahead of the Government’s formal review of stewardship in 2020.

He noted there had been a significant drop in the use of permanent baits with rodenticides, the percentage of gamekeepers using them had fallen from 44% to 25%, while among farmers, the figure had dropped from 39% to 37%.

Dr Buckle said: “While both groups are going in the right direction, this is a concern if one-in-four gamekeepers and one-in-three farmers still consider routine permanent baiting essential today. It is no longer an option under the stewardship regime and new farm assurance standards, so needs eliminating as a routine measure by all users.”

He added that the government panel overseeing rodenticide stewardship was concerned not only with improvements in control practice but also, more importantly, measurable downward movement of rodenticide residue levels in non-target animals.

At Essex & Suffolk Pest Solutions, we also believe that rat prevention is better than cure, so we offer a wide range of bespoke rat pest control contracts to our commercial pest control customers. So, if you have a rat pest problem, we will give rat prevention advice on how to make your building less vulnerable to the rodents – for example, by taking care over how you dispose of any food waste which they can feed on, sealing up any gaps around pipes and under sheds which they can squeeze through, and by removing any vegetation where they might be lurking. We will also continue to check over your premises so any potential outbreak will be detected in its early stages.

If you do suffer an unwanted invasion of rats, then we can deal with it either on a contract or a one-off basis. We first carry out a full survey of the affected site. We then typically use anti-coagulant baits, and we can also employ more direct methods such as trapping or removal. Usually, we find that three visits are necessary to completely eradicate the rodents, as they can increase their rate of breeding as others are killed.

Essex & Suffolk Pest Solutions provide fast, effective rat control and rat prevention in Colchester, Clacton, Chelmsford, Ipswich, Stowmarket and other towns and villages across East Anglia.  We are fully compliant with all the guidelines laid down by the Stewardship Campaign and the other regulatory bodies. If you would like to get in touch and learn more about our rodent control methods, follow this link.