Is it a Wasp or a Hornet? 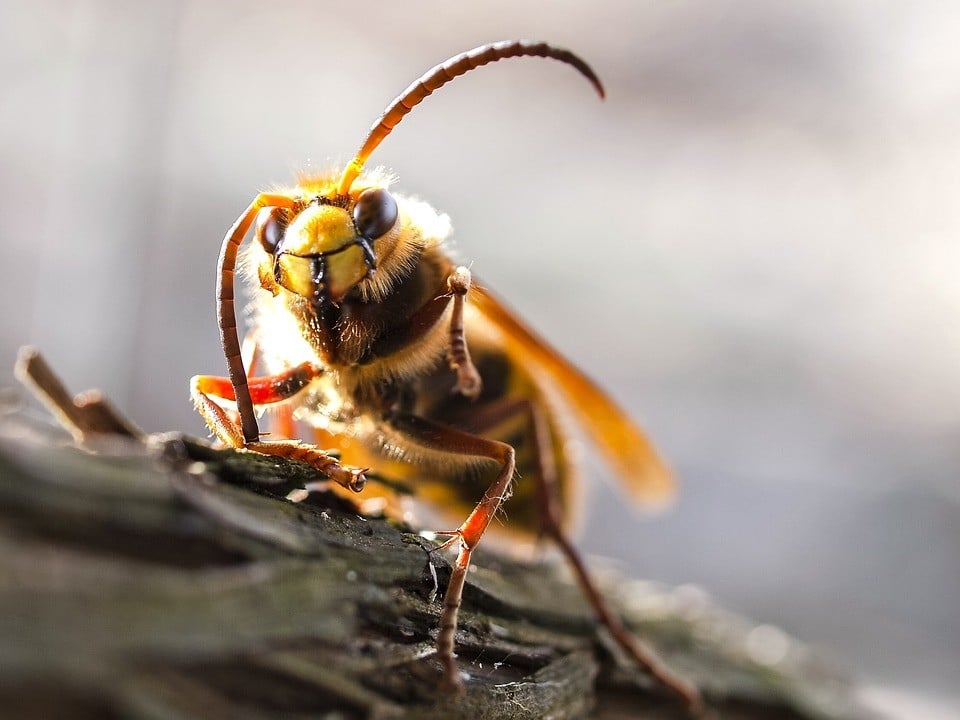 Both wasp and hornet nests can cause serious problems for homeowners and businesses in Colchester, Ipswich, Felixstowe and the surrounding areas. But, after noticing a nest, how can you tell which type of insects it contains? Here we look at some of the differences between these two pests.

Either way, hornet and wasp nest removal is not a job you should tackle yourself. As both these insects have a painful sting and can be dangerous, it’s important to call in pest control experts. Essex and Suffolk Pest Solutions provide efficient, effective and discreet insect removal services across both counties. We can offer emergency appointments on request and can also use unmarked vehicles to visit you if preferred.

In general, hornets are larger in size than wasps. Most measure around one to one and a half inches in length, while the majority of wasps come in under an inch. If you spot a wasp-like insect that’s over an inch in length, there’s a good chance it’s a hornet. However, queen wasps are also larger than normal wasps. There has been some recent publicity about larger Asian hornets after the first sighting in the UK was recently confirmed, and any suspected sightings of these should be reported to Defra.

Hornet nests usually tend to be in aerial locations, as they naturally nest in trees, but they have adapted to nest in buildings too. Like wasps, they often choose sheltered or protected spots, such as roofs, loft spaces and even bird nesting boxes. Their nests are large and globular in size and are generally home to up to 700 worker hornets.

Wasp nests can be found both in aerial locations and lower down, in sheds and garages, as well as on the ground, for instance in old tree stumps. These insects can nest indoors or outdoors and nests can be home to up to 5,000 individuals. Their nests are not always round, but can be different shapes to fit into the space available.

In general, wasps are more aggressive than hornets. However, hornets can be especially aggressive when their nests are disturbed. If you happen to knock or hit a hornet nest, a large number of stinging individuals are likely to attack, something that can be very painful and potentially dangerous. Both wasps and hornets can sting multiple times, which means a greater danger of allergic reactions including anaphylactic shock.

Wasps come in different colours, but most of the common wasps we see in the UK have yellow and black striped bodies. Hornets’ colouring tends to vary from this and to be a dark reddish brown and yellow, although it can be hard to tell the difference in colour unless you are close up.

What to Do if You Find a Wasp or Hornet Nest

If you think you have a wasp or a hornet nest on your property, the first thing you need to do is to cordon off the area to prevent anyone from disturbing the location. You should then call for wasp nest removal experts and ask them to come and deal with the problem as quickly as possible.

In the meantime, make sure no one goes near the nest and try to keep the area as contained as possible. If the nest is outdoors, keeping doors and windows shut can help to stop the insects coming inside. Both wasps and hornets can become aggressive when they’re disturbed, so wait for the professionals rather than trying to remove the nest yourself.

If you have a hornet or wasp problem, this can cause a lot of concern, whether you are a householder, a business owner, or worried about a nest which is close to a school or hospital. Calling in wasp control professionals as quickly as possible will help to prevent stings and keep disruption to a minimum.

Essex and Suffolk Pest Solutions offer a quick response and carry out all our work to a high standard, carrying out expert treatment to destroy the nest.  We can return to remove dormant nests a few days following treatment and give helpful advice on how to avoid the problem recurring. We cover a wide area including Ipswich, Lowestoft, Felixstowe, Woodbridge, Framlingham, Stowmarket, Bury St Edmunds, Sudbury, Colchester, Manningtree, Harwich, Romford, Southend-on-Sea, Brentwood, Clacton-on-sea, Maldon, Chelmsford, Basildon, Witham, Rochford, Billericay, Tendring, Ilford and Braintree. Work further afield in Essex and Suffolk may also be considered. Contact our professional pest control team for more information. Meanwhile, here are some of the most recent testimonials we have received for our professional pest control services.